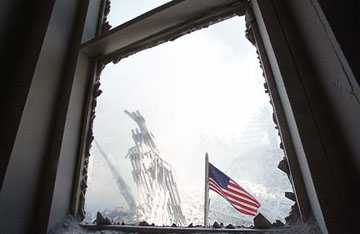 (Note: These actual comments by Ambrose Bierce were culled from his COLLECTED WORKS and other source material, and in a few instances were minimally edited for form only. I have substituted the word "terrorist" for "anarchist." The questions were my own.)